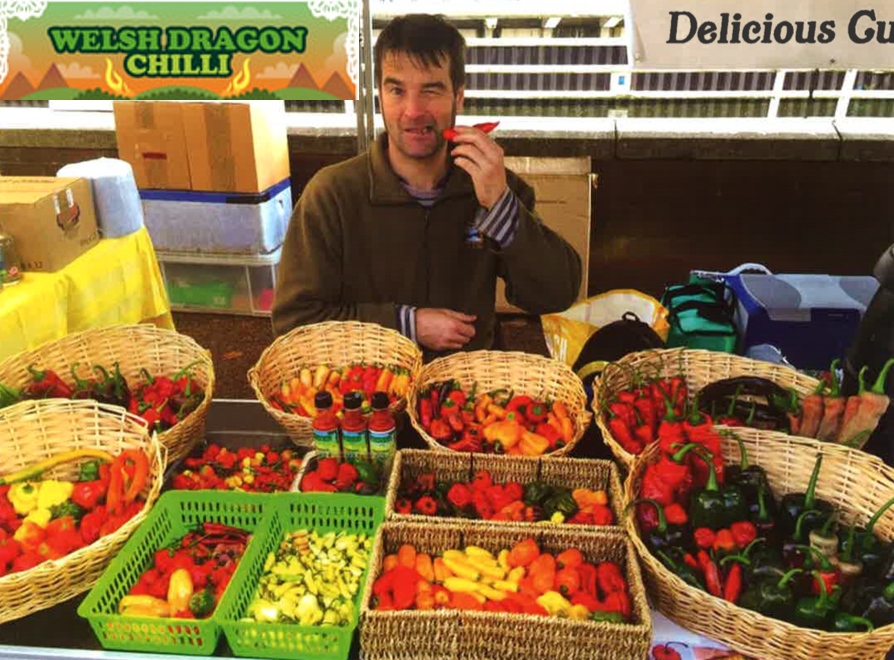 Chris Fowler (Welsh Dragon Chilli) began to grow chillies in a quest to taste fresh jalapeño’s in 2004.  His first plants were grown at home in his conservatory, and soon Numex Twilight, Ring of Fire, Padron and Chocolate Habanero Andrew plants expanded the varieties grown.

A visit to the 2006 Chilli Festival in Sussex with a huge array of chillies and chilli sauces meant that there was no turning back...

The conservatory quickly became too small and so Chris decided that he had to expand into a polytunnel and set up a business producing chilli sauces - particularly sauces made with jalapeño - and Welsh Dragon Chilli was born.
​
Keen to expand his range he took to the internet and bought seeds from all over the world for more varieties, including the super hot Trinidad Scorpion chilli.  The collection also expanded with the help of seed donations from friends.

The range of chilli sauces has also expanded, and reviews from happy consumers can be found on Youtube.

In 2014, the polytunnel moved to its present location at Cefn Mably Farm Park and added other fruits and vegetables
Growing many different chillies together results in cross pollination...  The results include new varieties such as the Sugar Rush, Sugar Rush Cream and a very twisty version of the Sugar Rush Peach.
​
Chris sells seeds to other chilli enthusiasts and now the general public as well as a range of chilli sauces.  He’s a regular at the Riverside Farmers Market in Cardiff.